Stop by the baseball field some afternoon, and you’re likely to hear me say, “Use two hands!” Since time immemorial, baseball coaches have implored their players to use two hands when catching fly balls. If you played baseball (or softball) when you were younger, you probably heard it as well. You may have even said it to your children when first teaching them how to play catch. More recently, though, I’ve begun to recognize the relevance of this phrase to my work as a history teacher. Allow me to explain. 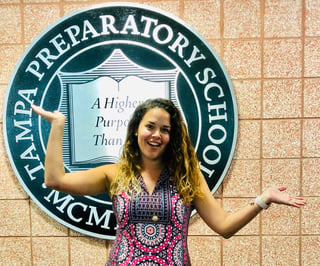 There is an old story—perhaps apocryphal—that President Harry S. Truman once announced his desire to hire a one-handed economist. Puzzled, his advisors asked why, whereupon Truman replied with evident frustration: “All my economists say, ‘On the one hand… on the other hand…’”

This humorous anecdote speaks to the importance of understanding and appreciating complexity. It can be exasperating, as Truman understood, but it is necessary. As much as we might prefer black and white answers, the world is a complex place, and rarely are things as clear-cut as they seem. Especially in our current political moment, when it seems like the president’s every utterance (or tweet) has the potential to erupt into full-scale partisan warfare, I can’t think of a more important lesson for our students to learn.

A number of years back, I read an article from the American Historical Association entitled “What Does It Mean to Think Historically?” The article introduced me to five “habits of mind” that have profoundly re-shaped my teaching of history: change (and continuity) over time, context, causation, contingency, and complexity. I introduce these terms early in each new school year, and slowly but surely, they become part of our classroom vocabulary. When we read a primary source, for instance, I want my students to understand that the document does not simply exist as a fact; instead, it emerged from a particular historical context, and to understand the source, we must attempt to understand that context. (This is just one way in which “doing history” is actually more challenging than most people think; believe it or not, it isn’t simply about memorizing names and dates!) Each of the “Five C’s” is important in its own way, but lately, I’ve come to believe that complexity may stand as the “first among equals.” 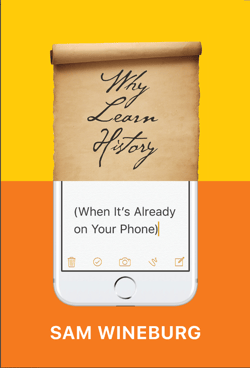 Sam Wineburg, a professor at Stanford and an expert on the subject of historical thinking, last month released a new book entitled Why Learn History (When It’s Already On Your Phone). In it, he takes issue with some of the uncritical approaches to the teaching of history that persist in American schools. He writes, for instance, “Fed the gruel of documentation-less textbooks, students come to see history as a story without evidence. Don’t like this particular story? Doesn’t sit well with your politics? Custom order one online more to your liking” (p. 175).

We could say the same thing about the news media. Indeed, in recent months, many pundits across the political spectrum have debated the relative biases of various news organizations, but it is important to remember that media outlets are publicly-traded companies. Like all such institutions, they are accountable to their shareholders, and so we should not be surprised to find that in an increasingly competitive media landscape, they engage in “market segmentation” to reach their consumers. Thus, an outlet like MSNBC increasingly tells a story that appeals to progressives, while Fox News tells a story that conservatives can support. There are multiple sides to the story, but neither side tells the entire story.

All of this speaks to the continuing relevance of a good education in history—even for students who have no intention of becoming professional historians. Taught well, history exposes students to the rich complexity of the human experience. It teaches them that in almost every story, there are multiple sides, but it also teaches them to evaluate evidence and discern which stories are valid and which are not. In the absence of perfect information (is there ever such a thing?) it teaches them to make an informed judgment and acknowledge the limits of their evidence. If all of their information comes from a single source, regardless of whether that source is a textbook or a cable news network, they cannot do this.

As we approach Election Day, we will be inundated with political advertising and non-stop punditry. That is the world we live in today, and we should not shy away from it. As a history teacher in a politicized time, it would be particularly irresponsible of me to do so. Helping students to develop a sense of political awareness is one crucial function of education in a democratic society, and I take that responsibility seriously. But whatever conclusions my students ultimately reach, I want them to use two hands.